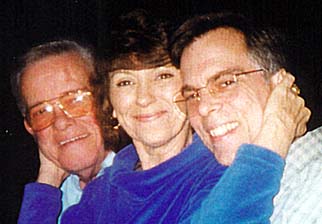 Joyce Rae Sanders was born in San Antonio, Texas in 19__ .

Somewhere along her adventurous path, she managed to marry a guy named Bill Hay, yet was unable to concieve any children of her own. Four painful miscarraiges and a divorce later, she took up bartending and met a semi-good looking guy name Wes Alexander.

Well, as it turns out, Wes must have charmed her purty good, cuz she was fool enough to marry him, and instantly became a mini-mom to five of the biggest, most arrogant brats this side of the Rio Grande.

Lucky for her, the oldest, Mike, was already grown and screwing up on his own - no parenting required.

Russell - the second oldest, however, was her nightmare from Hell. He seemd to be grown up enough, but he kept coming back like one of those incurable viruses. Joyce is just the type of person to try for only so long (TOO LONG), then she'd unload and have to bop him on the head with whatever she was near. Laundry seemed to be Russell's downfall, and Joyce's pet peave!!

Lisa never gave her much trouble, as she seemed just fine on the planet she was inhabiting at the time. Besides, Lisa never had to live with her at a young age. She just waited til Shannon was born, and gave Joyce the baby she never had.... Yep, Joyce didn't mind that. She LOVES Lisa!!

Then there was Teri..........there's alot of history there! Teri moved in with Joyce and Wes at the age of 14, and Joyce was forced to jump from "Schnoodles the Baby" to "The Teenager from Hell'.......how terrible to miss those adolescent years of enjoyment and quiet times of the Teri we all knew and loved!! (She still calls "Bullshit"). Well, this veteran reporter can only tell you that after all the years of my crap, and a lady who never conceded to it, I am thoroughly convinced she is an angel sent from above. I cannot say enough good things about my mini-mom without crying, so I won't go there in this issue. All those who know her will agree she is an extremely special lady, with the endurance of an ox, and a heart 'bigger than Texas'. Dad and I used to call her "Spic" as a nickname, cuz she's from San Antonio, and she never complained or got angry about our jokes. She's just that way......

Then there was Jay.......let's just say he was nicer than Russell, but just as recurring. Joyce loved him anyway, as he would do all her home repairs, and laugh at all of her jokes!

In a nutshell, this Personality Profile is very near and dear to my heart, and I am very proud and lucky to have had her as a huge part of my life... 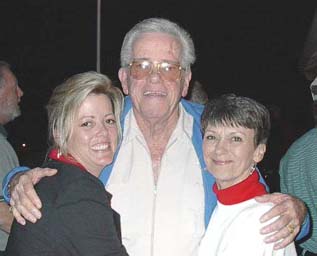 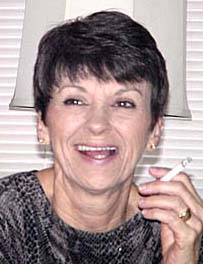 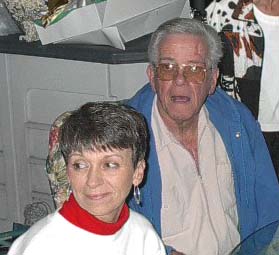